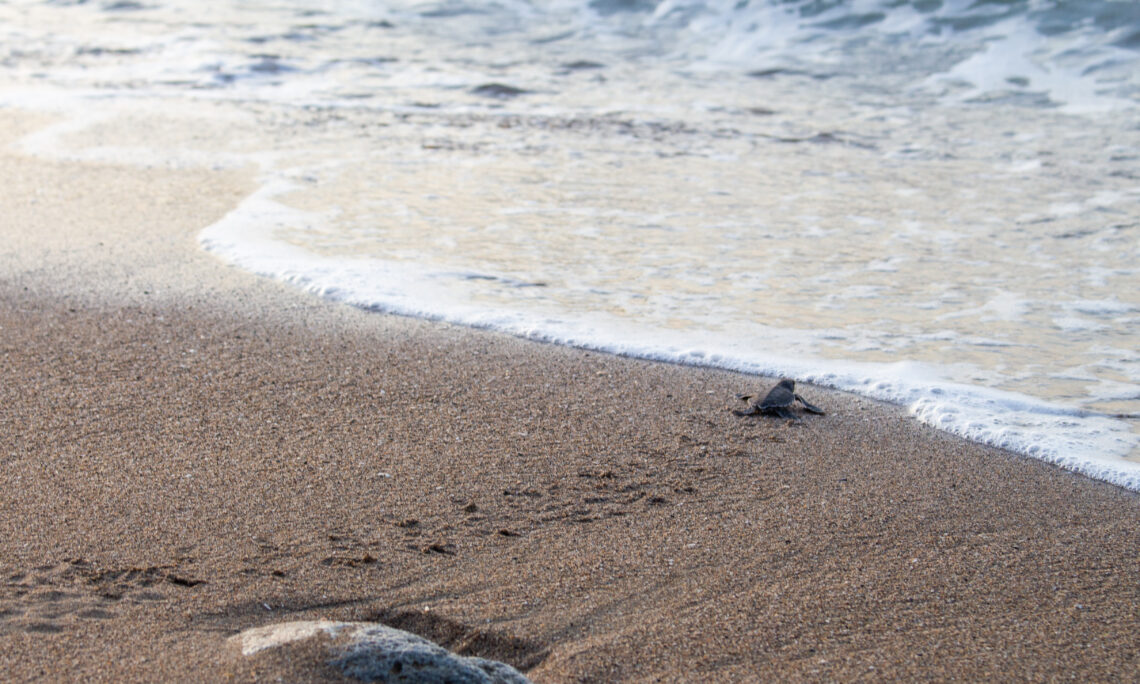 Today we celebrate World Oceans Day.  Every June 8th the world raises global awareness of the benefits humankind derives from the ocean.

USAID in the Dominican Republic is actively working to protect the marine environment around Hispaniola in both the Dominican Republic and Haiti with the goal of improving conditions around the coastal north. To accomplish this, USAID currently has two projects on the island. The Clean Cities, Blue Oceans and Integrated Marine Ecosystems Management projects are currently creating a better future for the people of hispaniola and a healthier ocean environment for marine wildlife.

Clean Cities, Blue Oceans (CCBO) is USAID’s flagship program to respond to the global crisis of marine plastic pollution.  The program is designed to target marine plastics directly at its source in cities and towns in rapidly urbanizing areas throughout many low and middle income countries.

In the Dominican Republic, CCBO will provide technical assistance and small grants to local organizations to stop the flow of plastic pollution to Samaná Bay and the Atlantic Ocean. The implementer, Tetra Tech was awarded a five-year $48 million contract from USAID starting in August of 2019. Financing for improved infrastructure is critical if the DR is to shift from the current informal and inefficient waste dumping sites to formal and better-managed waste collection, recycling, and disposal systems at the regional level.

The human, economic, and environmental costs of poor waste management in the Dominican Republic are increasing. Citizens living near disposal sites are impacted by contaminated water sources. Tourism development is threatened and biodiversity, including the more than 1,500 humpback whales who inhabit the waters off the northern coast between December and March, is facing serious impacts from the waste in the Samaná Bay and Atlantic Ocean.

CCBO has selected Samaná as an initial point of engagement and work site. Solid waste from the Samaná Peninsula currently enters the Samaná Bay and Atlantic Ocean from multiple sources within and outside the Peninsula.  A waste monitoring system does not exist to measure the overall impact.  However, the coastline provides ample evidence of a nonfunctioning system that is contributing to the global influx of marine plastic waste.

The Integrated Marine Ecosystems Management in Northern Hispaniola (IMEM) is a 3-year program running from September 2019 to September 2022.  IMEM aims to improve the management and conservation of marine ecosystems along the northern coast of Haiti and the Dominican Republic while minimizing economic and cultural disruption to the communities that depend on those ecosystems.

The marine-coastal biodiversity of the Hispaniola island is threatened by several factors, among which are pollution, overfishing, invasive species, and unsustainable recreational practices. These factors produce a negative effect on the populations that directly or indirectly depend on impacted resources (i.e. coral reefs, beaches, fishing, and mangroves) for their livelihoods and food security. Poverty and subsistence living using poor agricultural, timber, and fishing practices have resulted in high rates of marine environmental degradation and pressures on the ecosystem.

IMEM will strengthen local governance and management of coastal areas in Northern Hispaniola and facilitate the adoption of sustainable fishing and farming practices to reduce local pressure on biodiversity within coastal ecosystems. The biodiversity conservation strategy considers the bi-national nature of the northern Hispaniola fisheries and fosters participatory governance of marine protected areas and cross-border coordination at the local level. Through various working groups, IMEM will build capacity and foster collaborative relationships that support behavior change among fishers and farmers along the Haitian-Dominican border and contribute to the protection of northern Hispaniola ecosystems.