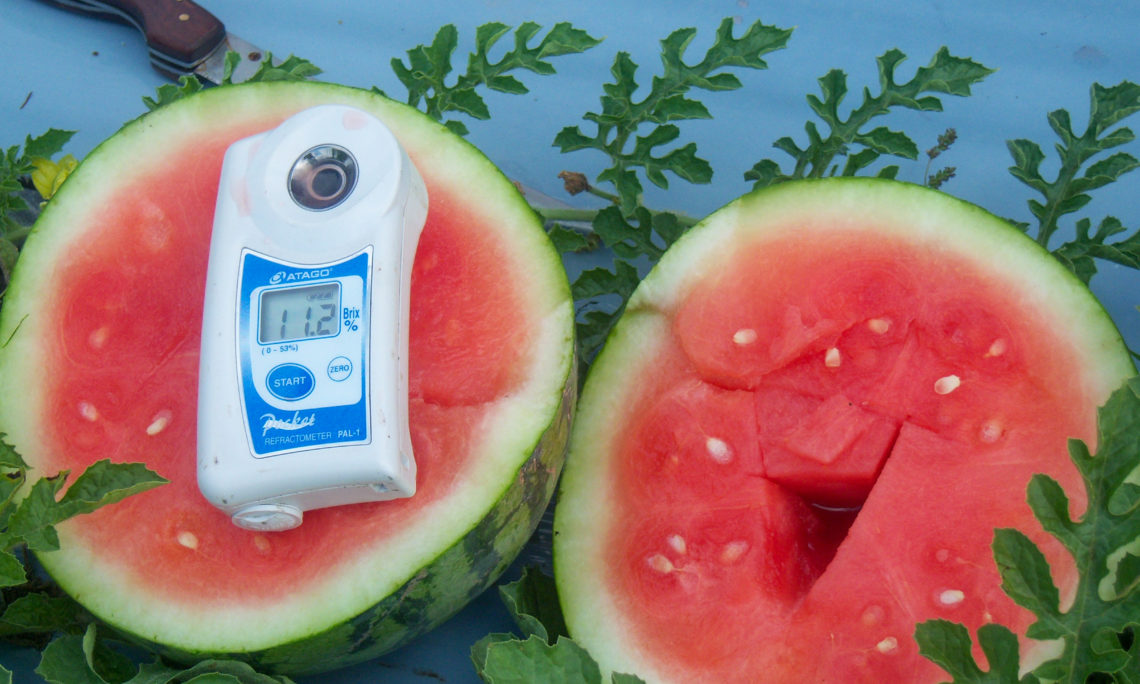 Through USAID's rural economic diversification project, one of the many products exported was watermelons. Photo by REDDOM.

By: Laura McCarthy for USAID

In Vallejuelo, one of the poorest regions of the Dominican Republic, farmers’ traditional crops, such as onions and beans, are failing to compete with imported varieties and prices. The Junta de Productores de Vallejuelo, a producer organization, is working to change that as it develops the valley’s production capacity, provides its members with better access to improved production technology and markets, and introduces new high economic value crops appropriate for the area’s climate.

In 2006, with the assistance of the Mission of the Dominican Sisters of Monteils, the women of Junta piloted a watermelon production and exporting project. Since women in Vallejuelo normally do not have control over the family plot or what is produced on the land, the watermelon was planted on lands owned by the Sisters.  The women provided labor and took a share of the profit from the fruit sale. The pilot activity was such a great success that in 2009 the organization received technical assistance from USAID through the Rural Economic Diversification project (2008-2013) for help in expanding their outreach.

USAID’s program facilitated market linkages and helped the Junta to secure a marketing contract with a US watermelon importer. The US buyer agreed to advance the costs of the seeds, packaging material and transportation. However, to meet the market’s standards, sustain production over the long-term and expand into other high-value crops, Junta needed to upgrade its production infrastructure and technology. A USAID $75,000 grant to Junta was used for the construction of a nursery and procurement of packing and fertilizer application equipment.

From this assistance, the producers of Vallejuelo exported 3.6 million pounds of watermelon worth approximately $1,080,000 over the next 6 months. By connecting activities in market linkages, access to credit, and training and grant financing, USAID supported the journey to long-term, sustainable, agricultural-led economic growth.

“It is very different to plant something when you know there is a market for your product,” said Julian Montero. “With the onions we have to sell at whatever prices the truck owners want to pay for it, or wait for a favor from the government. Now we know that there are other [better] ways to do things.”