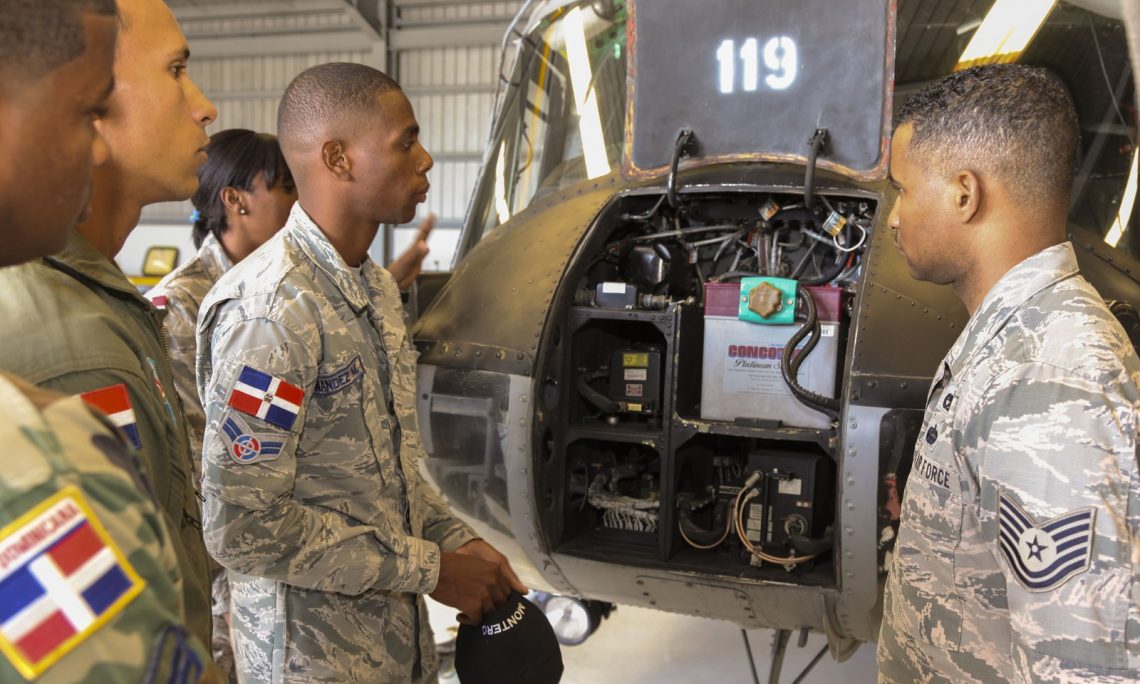 The US military personnel were invited by the Dominican Air Force to strengthen emergency management skills, ensuring that aircraft maintenance technicians can respond effectively and quickly in case of disasters.

The training, which will run for two weeks at the San Isidro Air Force Base, is part of the ongoing collaboration between the United States Southern Command and the Air Force of the Dominican Republic, who are scheduled to perform two additional cycles during the present year.

U.S. Southern Command is one of the nation’s six geographically focused unified commands with responsibility for U.S. military operations in the Caribbean, Central America and South America.