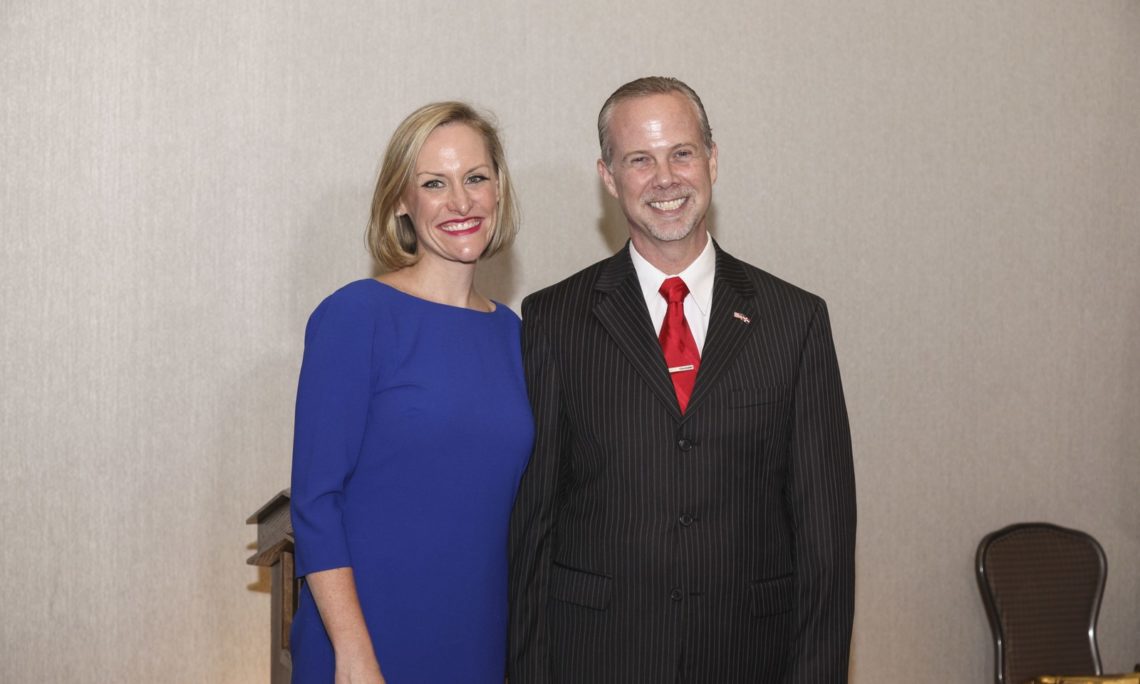 In his welcome remarks, Mr. Dunn highlighted the close ties between the United States and the Dominican Republic, which are strengthened by the diplomats who make up the diplomatic mission in the country.

The new Counselor for Political and Economic Affairs Katharine Beamer is a well-seasoned diplomat. Prior to her appointment in the Dominican Republic, Mrs. Beamer was Deputy Counselor of the Political, Economic, and Commercial Affairs Section at the U.S. Embassy in Bolivia. In Poland and Slovakia she was a Political Officer and in Guatemala a Human Rights Officer. In addition, she served in various positions in Washington, D.C. for several years.

Chargé d’Affaires, a.i. Dunn emphasized the contributions of the departing Counselor Mr. Quigley, who led the leading the Political and Economic Affairs Section at the U.S. Embassy in Santo Domingo for four years.

Prior to the Dominican Republic, Quigley served in Mexico at the U.S. consulates in Monterrey, Matamoros, and Nuevo Laredo; in Bolivia, as Acting Counselor for Political and Economic Affairs; in Washington, D.C. at the Bureau of Western Hemisphere Affairs; and  in Japan as an Economic Officer and Assistant to the United States Ambassador.

The event was held at the Hotel Real Intercontinental and was attended by senior officials of the Dominican Government, politicians, businessmen, representatives from academic institutions and members of the diplomatic corps accredited in the country, among others.