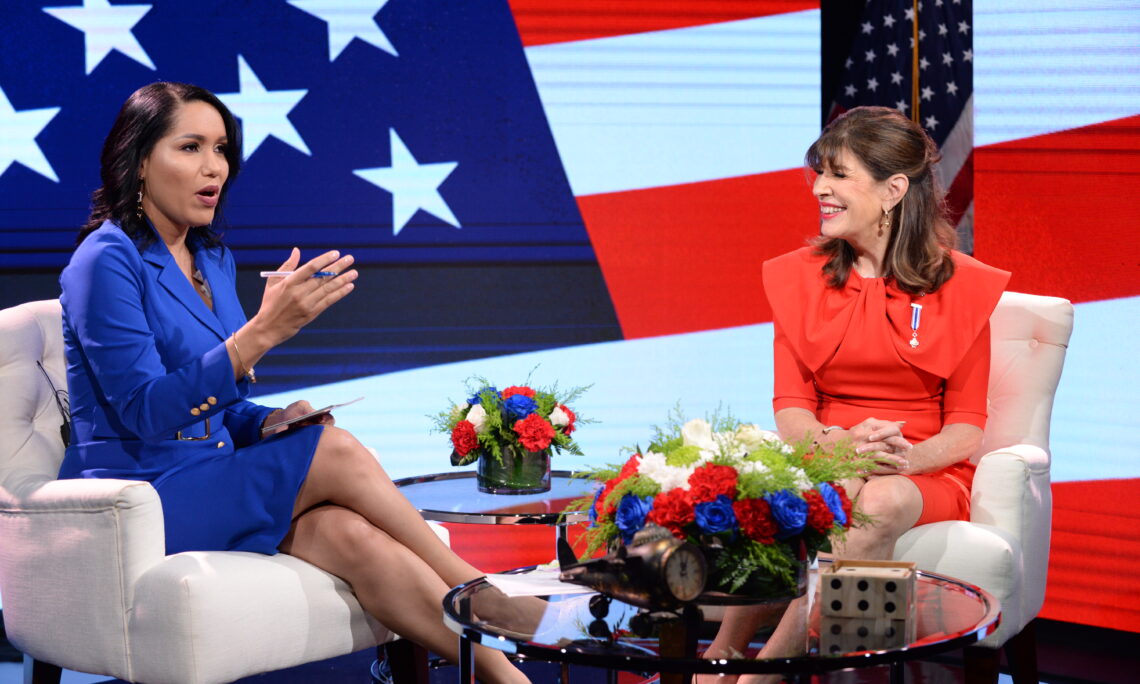 Santo Domingo, D.N.- The United States Embassy held a virtual event to bid farewell to its Ambassador Robin Bernstein, who will finish her mission as a diplomat in the country on January 20, 2021.

The event, carried out in a live interview format, lasting approximately 90 minutes, was broadcast through the embassy’s social media accounts and various national television channels. The show was produced by LASO Films and hosted by journalist Lorenny Solano.

During the event, testimonies from various personalities from the Dominican Republic were presented, expressing their admiration and highlighting the excellent tenure of the US diplomat in the country. Special guests included the Minister of Foreign Affairs of the Dominican Republic, Roberto Álvarez, the director of the Emergency Operations Center (COE), retired Major General Juan Manuel Méndez, the president of the American Chamber of Commerce (AmchamDR), Ramón Ortega, the former director general of the National Police, retired Major General Ney Aldrin Bautista and the mayor of Santiago de los Caballeros, Abel Martínez. In the area of ​​baseball, the three Dominican members of the Cooperstown Hall of Fame, Pedro Martínez, Vladimir Guerrero and Juan Marichal, spoke about their gratitude to the Ambassador. Likewise, other guests who have worked with the Embassy and the Ambassador expressed admiration for her work.

Ambassador Bernstein answered questions from the public live on social media and interacted with her contacts and those close to her in an open and spontaneous way.

Ambassador Bernstein, visibly moved, said that she shared with the Dominicans the values ​​of family and faith; and that she worked during her two-and-a-half-year term in strengthening cooperation between the two countries in the areas of education, citizen security, trade, and disaster preparedness. Additionally, she said she was satisfied with her achievements and leaving a tangible legacy in the country.

Mrs. Robin Bernstein was sworn in on July 3, 2018 as the United States Ambassador to the Dominican Republic. Prior to her diplomatic appointment, she served as President and Director of Richard S. Bernstein and Associates, Inc. and Vice President and Director of Rizbur, Inc., both of West Palm Beach, Florida, until her resignation on June 29, 2018, after her confirmation as an Ambassador by the U.S. Senate. During her mission as Ambassador, Robin Bernstein has been accompanied by her husband, Richard Bernstein, and one of their daughters, Julia Bernstein.