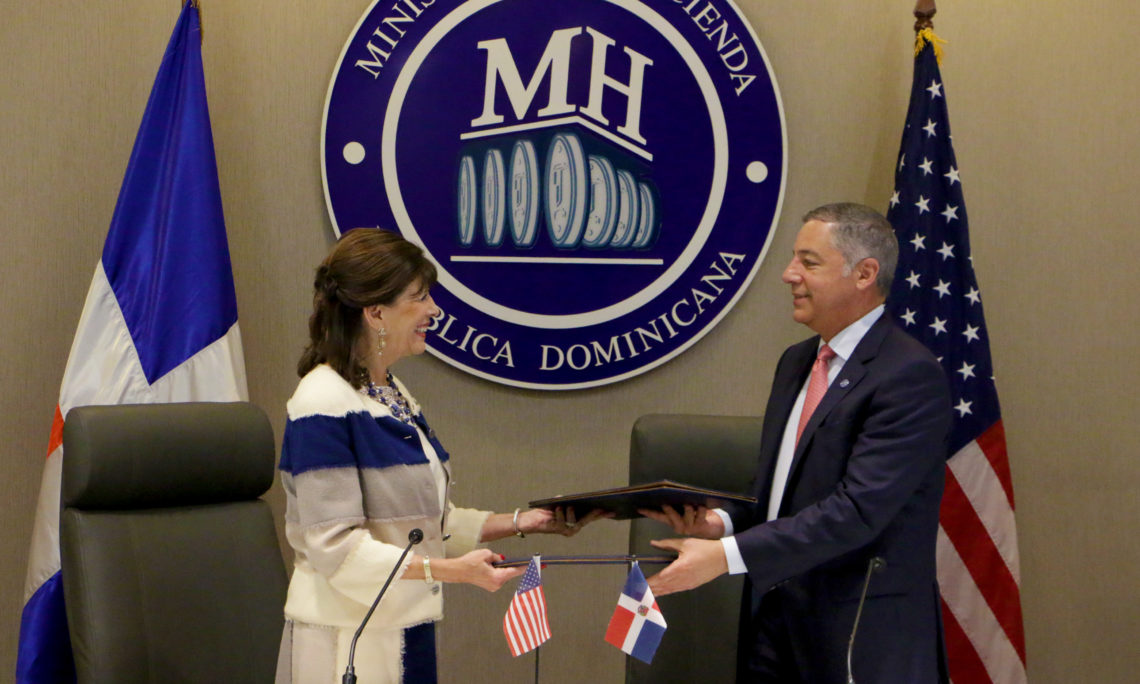 The accord, signed by Minister Guerrero and the President and Chief Executive Officer of the OPIC, Ray W. Washburne, facilitates the use of OPIC’s loan guaranty and political risk insurance programs by U.S. companies seeking to invest in the Dominican Republic, and updates procedures under a long-standing agreement between the governments of the United States and the Dominican Republic.

“We are delighted to formally announce that this process will streamline the ability for U.S. companies, backed by OPIC, to invest here in the Dominican Republic,” said Ambassador Bernstein.  “OPIC’s visit in December 2018 was the first step in highlighting the excellent opportunities available in the Dominican Republic – this procedural effort is the next step.  The U.S. continues to work to secure free and fair trade with allies and improve access to regional markets in Latin America in a transparent way. Expanding commercial relations with our neighbors in the hemisphere is a key part of President Trump’s effort to push back against unfair trade and investment practices and protect the economic security of the region”

Minister Guerrero Ortiz explained that the “Operational Procedure for Government Approval of Projects” defines the manner in which the Ministry of Finance, on behalf of the Dominican Government, will give its approval to projects that OPIC is considering financing or supporting in the Dominican Republic.

He said that the projects financed by this US financial institution are developed by the private sector and financed with private capital. “In this sense, we emphasize that they will not be developed with public support, they will not generate an increase in public debt and will not have any type of associated public guarantee, “said the official.

The Finance Minister expects that the projects submitted to OPIC will promote the creation of quality jobs in the Dominican Republic and the United States, promote the productive investment of American capital in our country, generate economic growth in key areas and help increase the commercial flow between both countries, as he indicated in his remarks during the event.

“Today’s agreement, which facilitates the mobilization of U.S. private-sector capital to the Dominican Republic, will be a powerful engine of economic growth in the country,” said Ray W. Washburne, OPIC President and CEO. “OPIC looks forward to identifying high-impact investment opportunities in the Dominican Republic and to advancing its longstanding commitment to Latin America and the Caribbean, a region of critical importance to the United States.”

OPIC is a U.S. Government agency that helps American businesses invest in emerging markets. Established in 1971, OPIC provides businesses with the tools to manage the risks associated with foreign direct investment, fosters economic development in emerging market countries, and advances U.S. foreign policy and national security priorities. Since 1974, OPIC financing and insurance have supported more than $387 million of U.S. investment in the Dominican Republic.