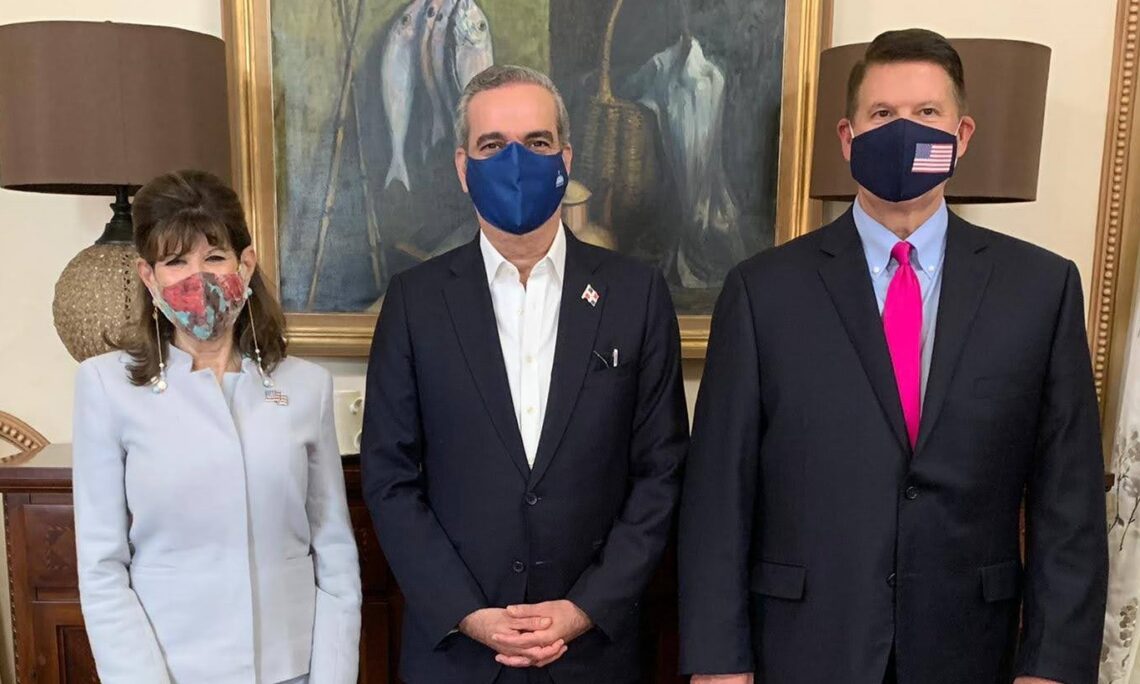 Undersecretary Krach met this Tuesday with President Luis Abinader to promote the Clean Network and strengthen cooperation between both countries.

Santo Domingo, N.D. The U.S. Undersecretary of State for Economic Growth, Energy and Environment, Keith Krach, visited the Dominican Republic on the 16th and 17th of November, concluding a tour through Central and South America that also included Brazil, Chile, Ecuador and Panama. During the trip, Undersecretary Krach met with government officials and business leaders to discuss the rapid growth of the Clean Network, 5G safety and security, and shared economic and national security objectives.

Undersecretary Krach met this Tuesday with President Luis Abinader to promote the Clean Network and strengthen cooperation between both countries, in a meeting also attended by United States Ambassador to the Dominican Republic, Robin S. Bernstein and Foreign Minister Roberto Alvarez. At the conclusion of the meeting, they announced the inclusion of the Dominican Republic as a member of the Clean Network initiative, expressing their commitment to safeguard national security in both countries by excluding high-risk 5G equipment vendors.

During his visit, Undersecretary Krach also spoke with the Administrative Minister of the Presidency, José Paliza, the President of the Dominican Telecommunications Institute (INDOTEL), Nelson Arroyo, and other government officials regarding the strong and long-standing cooperation between the two nations and the opportunities to further promote prosperity and security in the hemisphere.

He then met with several telecommunications business leaders, with whom he discussed the benefits of the Clean Network, as well as the opportunities and challenges for the country in digital development.

– About the Clean Network.

– Fact sheet: U.S. support for digital transformation in the region