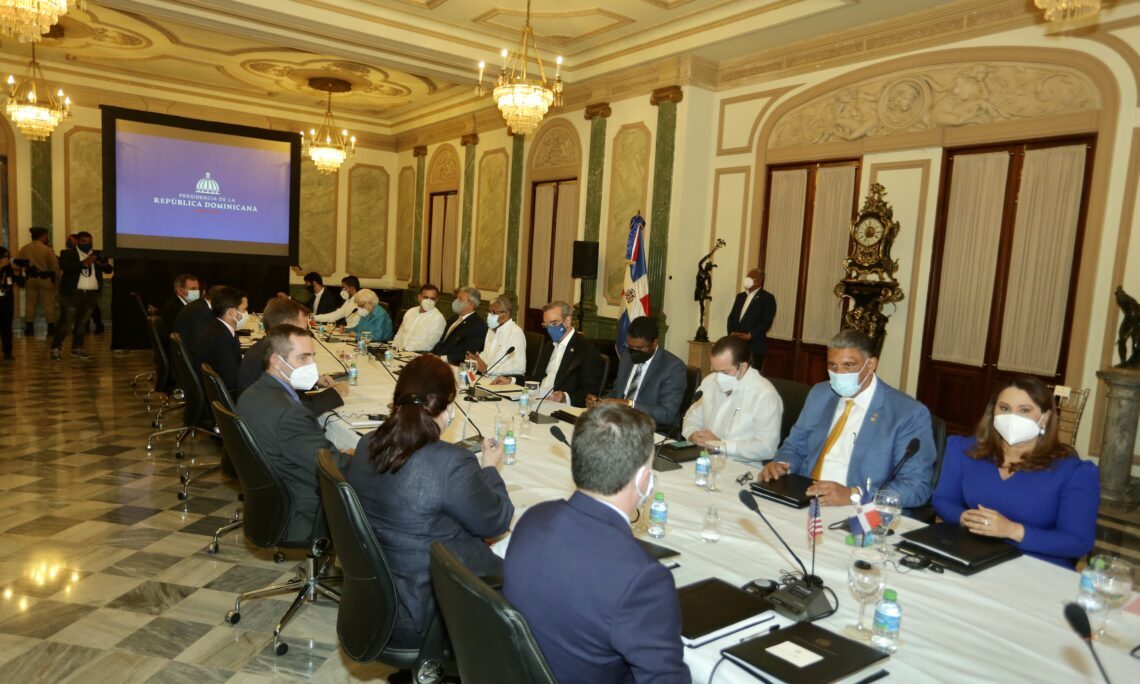 This dialogue is a symbol of the support of the United States to the efforts of the Dominican Government in the establishment of its National Citizen Security Strategy.

Santo Domingo, N.D.- Dominican and U.S. government authorities, under the leadership of President Luis Abinader and Chargé d’Affaires a.i. of the U.S. Embassy, Robert Thomas, held a bilateral dialogue to collaborate on citizen security programs, including the National Citizen Security Strategy and institutional reforms, including the National Police, the public procurement system and government oversight entities.

During this first meeting, the group comprised of the U.S. delegation and members of the Dominican cabinet also discussed other topics of interest such as the asset forfeiture law and combating human trafficking.

This dialogue is a symbol of the support of the United States towards the efforts of the Dominican Government in the establishment of the National Citizen Security Strategy. It also reflects the long history of cooperation and shared values between the two countries, such as transparency, institutionalism and respect for human rights.