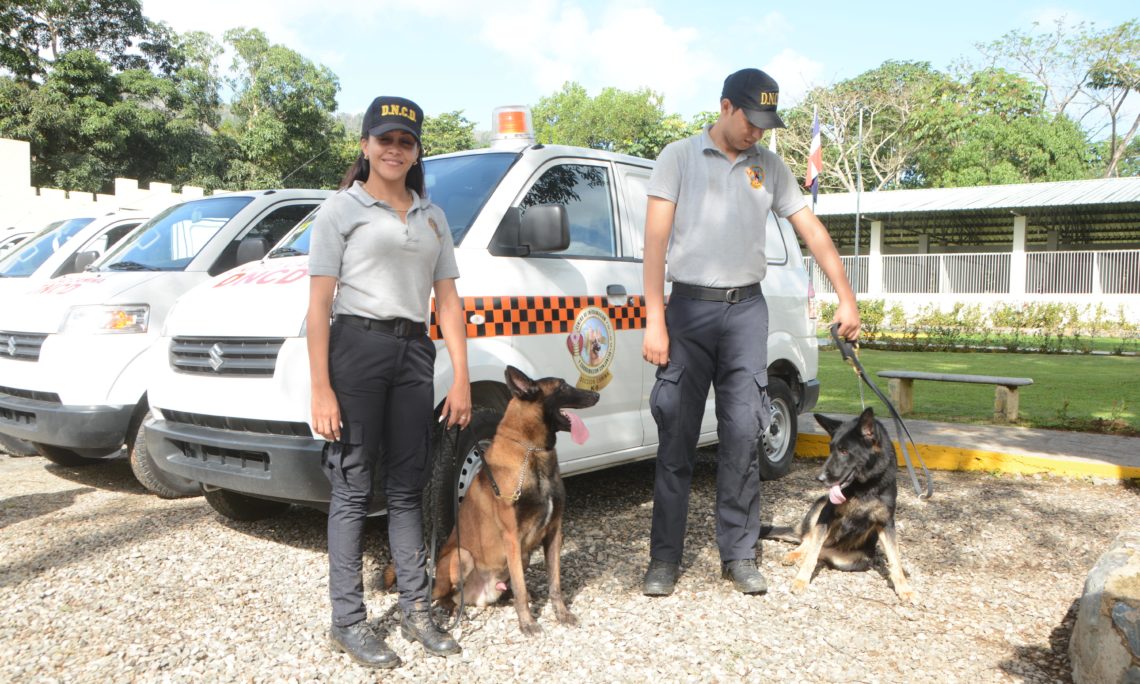 Bonao, Dominican Republic–   At a handover ceremony held this morning at the National Canine Academy in Bonao, the U.S. Embassy reaffirmed its commitment to supporting citizen security efforts with a donation of 40 service canines and transport vehicles to the National Counterdrug Directorate (DNCD), the Specialized Border Security Corps (CESFRONT) and the 911 program. The donation will help strengthen the institutions’ counter-narcotics, border control, and citizen security efforts.

The donation included seven vehicles to transport the dogs, bringing the total value to approximately US$400,000.  The U.S. Embassy is also finalizing the donation of eight additional vehicles to assist CESFRONT, the 911 program, and the National Model Prison program.