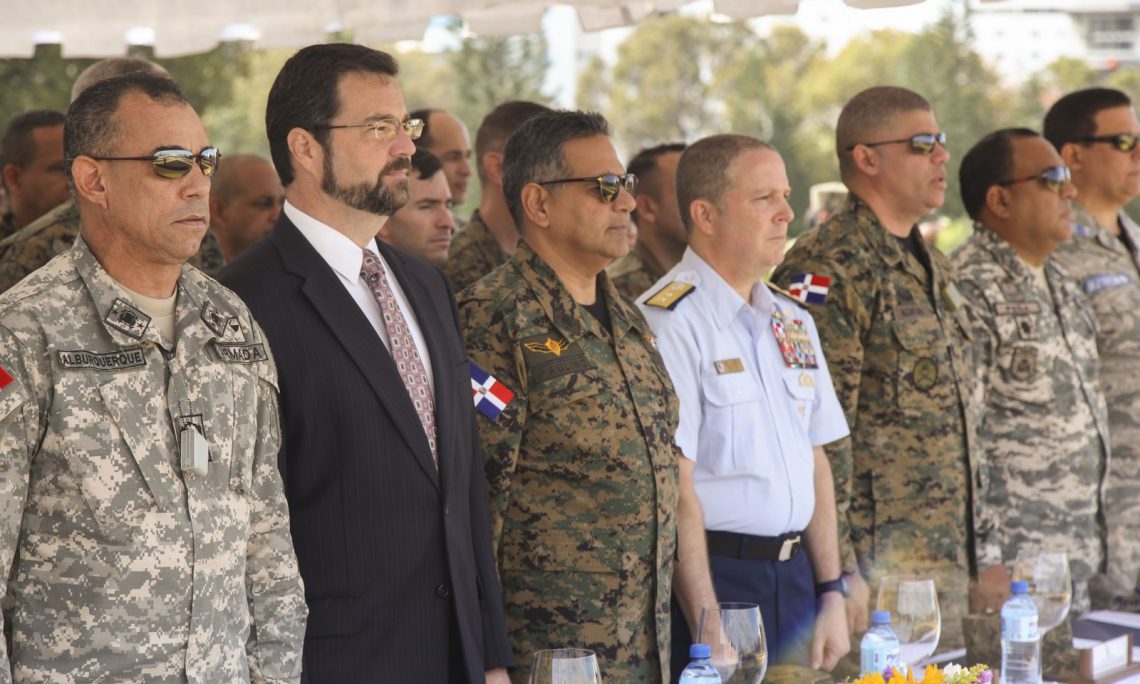 Embassy donation to the Ministry of Defense.

Santo Domingo –Today, the Dominican Ministry of Defense received a donation of 15 Jeep J-8 Troop Mobility Vehicles from the U.S. Embassy in Santo Domingo. The handover ceremony was attended by the Minister of Defense Lieutenant General Ruben Dario Paulino Sem, the Chief of the Dominican Navy Vice Admiral Miguel Enrique Peña Acosta, the  Commander of the Dominican Army Major General Braulio Alberto Alcántara Lopez and the U.S. Embassy’s Chargé d’Affaires, a.i Patrick Dunn. The vehicles valued at more than US$ 900,000  are part of the bilateral cooperation program  between the Dominican Armed Forces and U.S. Southern Command, which provides equipment and infrastructure assistance to the Dominican military to support the development of capable and sustainable forces – with a focus on combatting transnational organized crime and promoting regional security.

The Chargé d’Affaires noted the continuing success of the program, stating, “This donation is just one piece in the much larger mosaic of cooperation and collaboration always present between our forces.”  Chargé Dunn also highlighted the key role of the Dominican sailors and soldiers that work each day to combat regional threats and improve safety and security within the country.

The fifteen vehicles will be utilized by the Dominican Naval Infantry and the Dominican Army Commandos to combat transnational threats and improve security along the land and maritime borders.

The Minister of Defense received the vehicles and thanked the U.S. for the donation, highlighting the capacities and mobility the vehicles will provide to the selected forces.