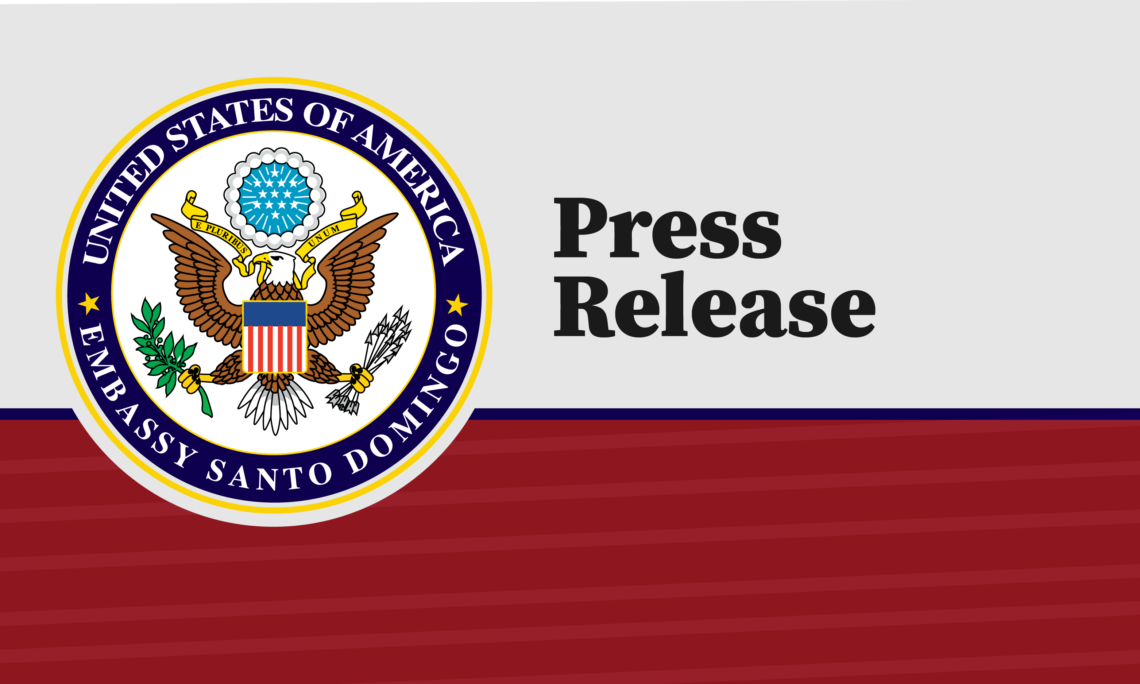 “Cesar Emilio Peralta and his criminal organization have used violence and corruption in the Dominican Republic to traffic tons of cocaine and opioids into the United States and Europe.  Treasury is targeting these Dominican drug kingpins, their front persons, and the nightclubs they have used to launder money and traffic women,” said Sigal Mandelker, Under Secretary for Terrorism and Financial Intelligence.  “This Administration continues to systematically target strategically important drug kingpins and cartels fueling our country’s opioid epidemic.”

Cesar Emilio Peralta (Peralta) is a Dominican drug kingpin with a lengthy criminal record for his involvement in narcotics trafficking and violence.  From their base of operations in Santo Domingo, Peralta and the Peralta DTO coordinate the transshipment of ton-quantities of cocaine and significant quantities of opioids through the Dominican Republic and onward to consumer markets in the United States, Puerto Rico, and Europe.  Dominican nationals Ramon Antonio del Rosario Puente (a.k.a. “Toño Leña) and Kelvin Enrique Fernandez Flaquer (a.k.a. “Cotto”), both major Dominican drug traffickers in their own right, were also designated today for their support to Peralta and the Peralta DTO.  Del Rosario Puente was arrested in May 2018 by Colombian authorities and is currently awaiting extradition to the United States on charges of narcotics trafficking conspiracy.

Peralta and the Peralta DTO also coordinate the shipment of the bulk currency proceeds of these narcotics trafficking activities from the United States, as well as the subsequent laundering of these proceeds in the Dominican Republic.  A primary avenue for the laundering of these proceeds is a series of nightclubs in Santo Domingo, all owned or controlled by Peralta through front persons.  These nightclubs, which are among the entities designated today, include VIP Room, Flow Gallery Lounge, Aqua Club, and La Kuora.  Peralta reportedly employs women trafficked from Colombia and Venezuela at these nightclubs.  The OFAC action also targets Yader Rafael Jaquez Araujo (a music promoter who uses the name “Jake Mate”) and Carlos Ariel Fernandez Concepcion, a former Dominican military officer, who play a role in managing and promoting the nightclubs owned by Peralta.

OFAC closely coordinated with the Drug Enforcement Administration and the Federal Bureau of Investigation in order to execute today’s action pursuant to the Kingpin Act.  The U.S. Department of the Treasury is committed to countering criminal networks that engage in human trafficking and is a member of the President’s Interagency Task Force to Monitor and Combat Trafficking in Persons (PITF).

As a result of today’s action, all assets in which these persons have an interest in the United States or in the possession or control of U.S. persons are blocked and must be reported to OFAC.  OFAC’s regulations generally prohibit all dealings by U.S. persons or within (or transiting) the United States that involve any property or interests in property of blocked persons.

Since June 2000, more than 2,100 entities and individuals have been named pursuant to the Kingpin Act for their role in international narcotics trafficking.  Penalties for violations of the Kingpin Act range from civil penalties of up to $1,466,485 per violation to more severe criminal penalties.  Criminal penalties for corporate officers may include up to 30 years in prison and fines of up to $5 million.  Criminal fines for corporations may reach $10 million.  Other individuals could face up to 10 years in prison and fines pursuant to Title 18 of the United States Code for criminal violations of the Kingpin Act.

The Kingpin Act chart on individuals and entities designated today.

Information about the Kingpin Act.