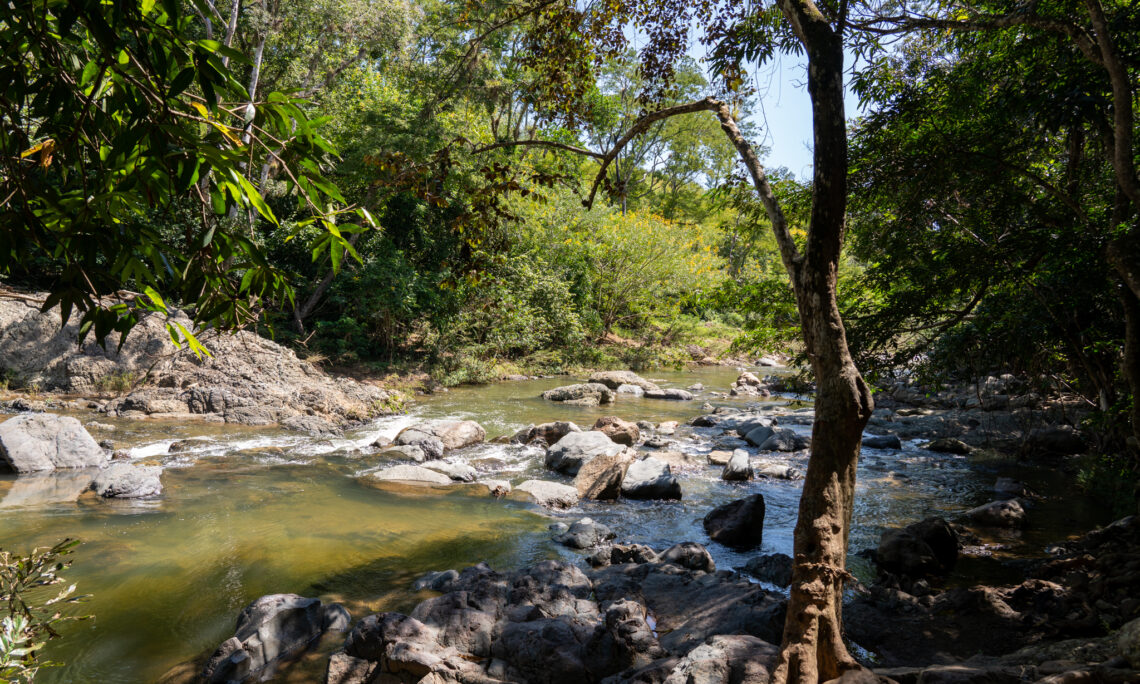 Learn how the United States Government, through USAID, is working to combat climate change and pollution.

Brenda Silverio is the Social Media Specialist at USAID’s Mission in the Dominican Republic.

The Dominican Republic is vulnerable to natural disasters, which are exacerbated by climate change. Hurricanes, drought, flooding, heat waves, rising sea levels, and wildfires have affected the country in the last decade. In order to help the country face those climate challenges, while maintaining the livelihoods of its citizens, the United States Government, through USAID, has been working to reduce the impact of climate threats.

Through its Clean Cities, Blue Oceans program, USAID is working to respond to the global crisis of marine plastic pollution. Around 8 million metric tons- -the equivalent of one garbage truck per minute- of plastics end up in the oceans every year, which affects not only the water quality of watersheds, but also represents a threat to marine biodiversity and livelihoods. Activities like tourism and fishing are threatened by plastics reaching the ocean, including over 1,500 humpback whales who inhabit the waters off the northern coast of the Samaná Bay and Atlantic Ocean between December and March. Solid waste from the Samaná Peninsula currently enters the bay and the ocean from multiple sources without monitoring systems to measure the true impact of this solid waste on marine ecosystems.

Through this program, USAID and its local partners target marine plastics directly at its source. The program is providing technical assistance and small grants to local organizations in order to stop the flow of plastic pollution to Samaná Bay and the Atlantic Ocean. This initiative  promotes the reduce, reuse, recycle principles and provides support to enhance local solid waste management systems, strengthening local capacity and legal frameworks.

The Clean Cities, Blue Oceans program currently works in the Samaná province in the Dominican Republic and implements similar initiatives in the Philippines, Vietnam, the Maldives, Sri Lanka, Indonesia and Peru.

In the island of Hispaniola, home to the Dominican Republic and Haiti, marine ecosystems have been impacted by pollution, overfishing, invasive species spread, and unsustainable practices in tourism and recreation sectors. These practices have been decimating coastal resources, affecting the biodiversity of local ecosystems.

In order to advance conservation efforts and management of marine ecosystems in Northern Hispaniola, USAID launched a 3-year Integrated Marine Ecosystems Management program. This initiative aims to reduce the economic and cultural disruption to the communities that depend on those ecosystems by bringing together national, local governments, and communities together to find joint solutions. This program is working specifically in the Mangrove Estero Balsa National Park, Cayos Siete Hermanos Wildlife Refuge, and El Morro National Park in Dominican Republic, as well as the Three Bays National Park in Haiti; and works jointly with local community leaders and governments to protect the coastal resources.

Water scarcity is a challenge throughout the Dominican Republic, which affects not only the health of the communities, but also impacts the economic and environmental security of the population. Deforestation, soil erosion, contamination, harmful agricultural practices, climate change, deficient waste management practices, and pollution are some of the main drivers that affect water quality and supply. In addition, in recent years the island has experienced less rainfall and much drier conditions, which places an increased demand on watersheds and reservoirs, and affects agricultural activities, farmers’ incomes, food security, and rural livelihoods.

One of the best ways to foster lasting changes is to focus efforts on empowering local communities. Through the Locally-Led Water Security project, USAID is working to strengthen local development and address water security challenges in target watersheds within the Dominican Republic. This initiative also works with local stakeholders to collectively develop action plans to reduce water contamination and soil degradation, empower communities to lead watershed management, and increase sustainable access to safe drinking water and sanitation.