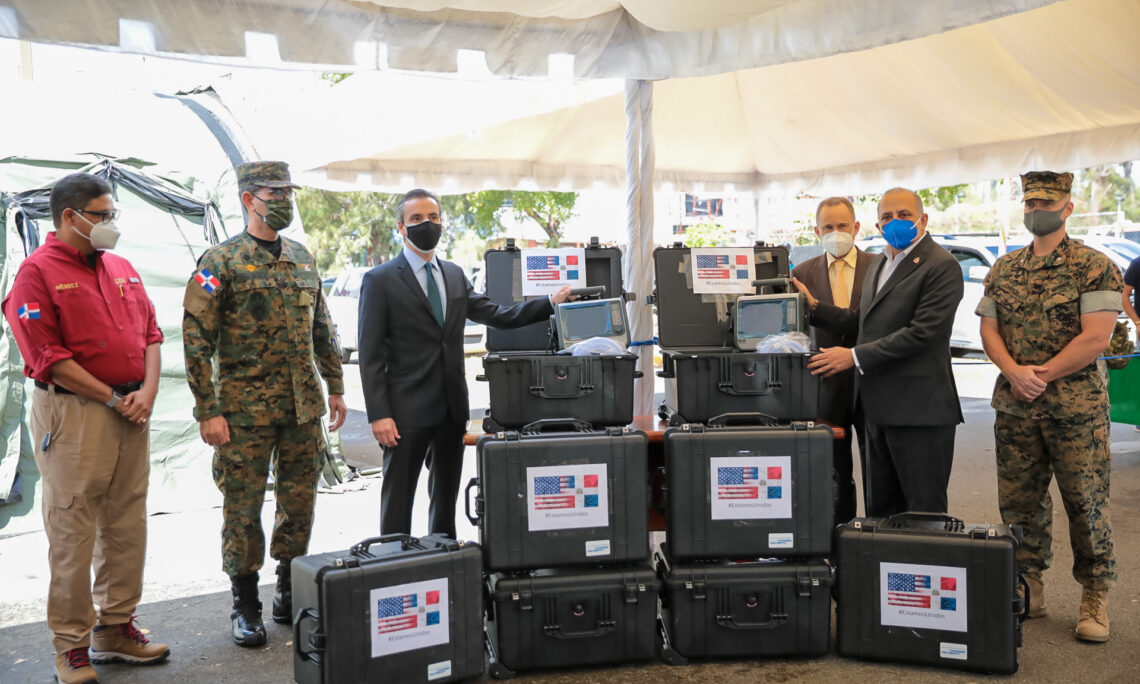 Santo Domingo, DN The United States Government, through the United States Southern Command, donated eight Hamilton T1 ventilators, which, along with the two mobile hospitals donated in September 2020, increase the Dominican government’s ability to rapidly deploy medical personnel and equipment and to care for those in need of emergency assistance during disaster response operations or health crises.

The donation, which is worth $ 200,000, is an example of the cooperation between the United States and the Dominican Republic to combat the Covid-19 pandemic.

Acting Deputy Chief of Mission of the United States Embassy, ​​Alex Titolo, assured that the donations made are for the long-term benefit of the Dominican people. “The United States Embassy in Santo Domingo has been here, united with you since the beginning of this dark hour, and we will be here when it passes to help rebuild. Our nations are linked in many ways, and together we will overcome this and build an even stronger future for our two countries,” he added.

The director of the Emergency Operations Center (COE), retired Major General Juan Manuel Méndez García, said thanks for the donation on behalf of the Dominican Government and the collaboration of the United States Government in this and other emergencies that the Dominican Republic has faced. “Today we once again shake the friendly hand of the US government and the US Southern Command, to stay a step ahead in the battle against this pandemic that has generated so much damage worldwide,” he said.

The eight ventilators are part of the United States Southern Command  Humanitarian Assistance Program (HAP) and, together with the two mobile hospitals delivered in September 2020, the donation has a total value of $950,000. Currently, these ventilators will provide increased capacity to treat COVID-19 patients. In the absence of medical emergencies, they will be used to train disaster response medical personnel under Civic Medical Assistance Programs (MEDCAP) and/or disaster response exercises across the country.