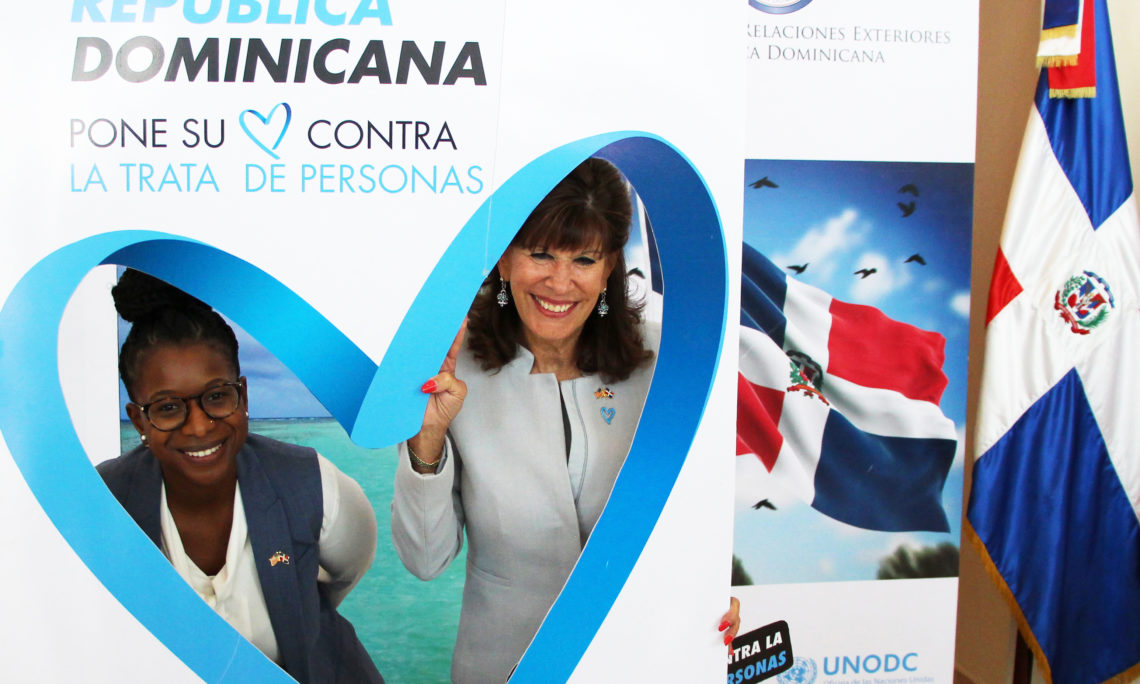 Today, an estimated 25 million children and adults worldwide are victims of sex and labor trafficking.  Promises of opportunity and upward mobility lure many victims into human trafficking, where abuse and manipulation quickly replace initial hope.  Human trafficking represents a gross violation of the inherent rights granted to everyone, everywhere.  Unfortunately, neither the United States nor the Dominican Republic is free of these heinous crimes.

The United States Department of State recently released its 2019 Trafficking in Persons Report, which evaluates the status of human trafficking around the world.  This year, as indicated in the Dominican Republic’s Country Narrative, the country remained at “Tier 2,” implying that the government has made considerable strides towards the elimination of trafficking but fails to meet minimum international standards in several areas.

The report details the Dominican Republic’s many successes, including the first ever maximum sentence case, where a San Juan tribunal condemned a trafficker to 25 years in prison.  Furthermore, courts ordered two traffickers to pay restitution to their victims.  The Dominican Republic adopted a new national anti-trafficking plan, whose content observers have praised.  Sixty percent more National Police officers received investigation and victim identification training in 2018 than 2017, and the government hosted two training programs focused on victim care.  Authorities offered protection to identified victims, including shelter, repatriation assistance, and access to legal aid.  The Ministry of Education contributed as well by providing trafficking prevention training to 12,600 teenage student leaders.  The Ministry of Labor made notable efforts to increase awareness and understanding of labor trafficking cases.

Unfortunately, a lack of resources, especially outside of Santo Domingo, hindered Dominican progress.  The Attorney General’s Office operated with half as many prosecutors as in previous years and only initiated 11 investigations in 2018, significantly less than years past.  The National Police’s Anti-Trafficking Unit (ATU) showed a similar decrease, investigating a reported 45 cases in 2018 versus 83 in 2017.   Although the government maintained victim protection efforts, authorities noted that a lack of adequate funding, expertise, and physical resources rendered victim support insufficient.  Despite established victim-identification protocol, the government did not have the capacity to sufficiently screen at-risk Haitian migrants before deporting them.  The praised national plan was not without flaws, either – many are skeptical as to whether the government will devote sufficient resources to its implementation.

To make significant strides in combating trafficking in persons, it is crucial that the Dominican Republic vigorously investigate, prosecute, and convict traffickers.  To support these efforts, the government must proactively screen for trafficking indicators among Venezuelans and individuals who are at risk of deportation, such as those of Haitian descent.  It is also important that there be a dedicated budget to ensure the implementation of the new national plan.  The United States additionally urges Dominican lawmakers to amend the 2003 Law on Human Smuggling and Trafficking (Law 137-03) to ensure the criminalization of all forms of child sex trafficking in order to be consistent with international law.

The United States supports efforts to improve the Dominican government’s response to human trafficking.  Through a State Department grant with UNODC, the country has begun the process of rewriting law 137-03.  The Ministry of Foreign Affairs and Dominican justice system also partnered with the International Association of Women Judges to organize a regional conference on trafficking in persons.  The attendance of various high-level Dominican interlocutors demonstrated the government’s commitment to combating this issue.  U.S. Embassy Santo Domingo will continue to actively support the Dominican Republic in its fight against trafficking in persons.