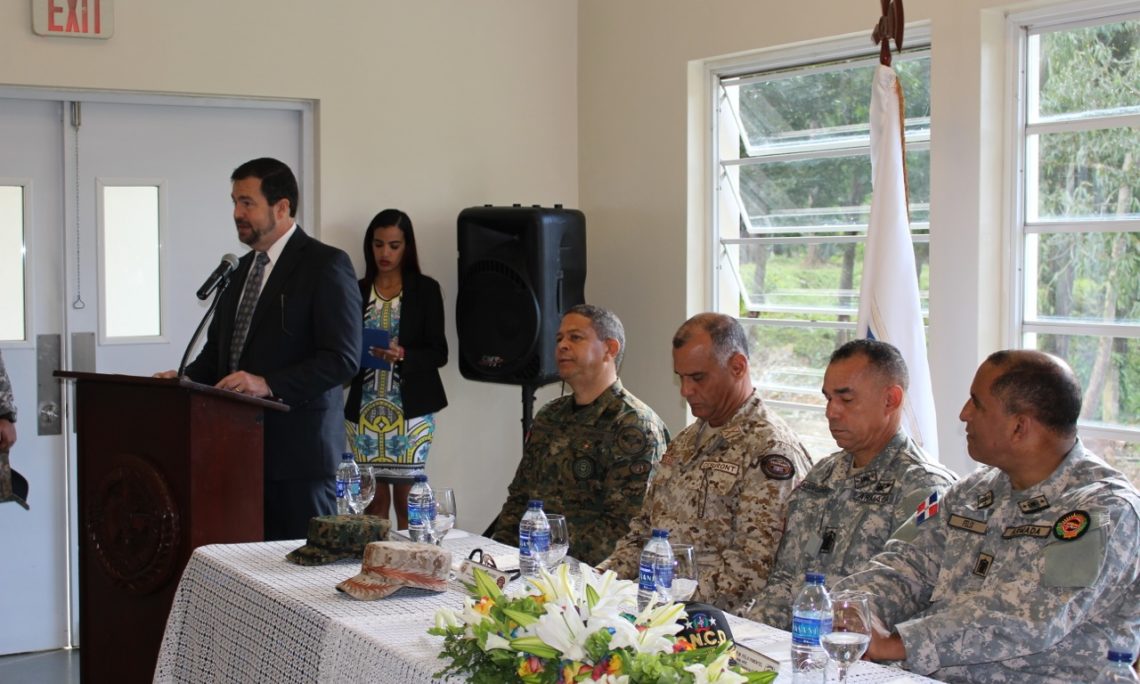 The service canines were trained right here at the Academy and they support the Dominican government’s citizen security, counter-narcotics, and border control programs.  The training is vigorous and the work of a service canine and their handlers is challenging, but vital. For example, the search and rescue canines provide important capabilities that will help the Dominican people in the event of a national emergency. Or consider the story of Canine Officer Agata, who found 1.2 metric tons of cocaine in a container at the port of Caucedo.  Her discovery helped interdict a shipment of a dangerous drug that human eyes and machines could not identify. Her work contributed to the 20 metric tons of cocaine that have been interdicted over the last two years through the combined efforts of the Dominican government and the United States.

Despite this and many other successful law enforcement efforts, there are indicators that transnational organizations are increasing their activities in the Caribbean. This is why the United States continues to be committed to working with our Dominican partners to ensure that every man, woman and child in this beautiful country can live in a safe, healthy, democratic, and prosperous Dominican Republic.  We understand that our prosperity and security are a shared endeavor. The National Canine Academy is a great example of how we can succeed together and contributes to increased safety for Dominicans and their neighbors. We are proud that the Academy is recognized as the premier national canine facility with regional training capabilities. Adm. Felix Pimentel, Gen. Fruggis Martinez: congratulations on the success of the National Canine Academy. On behalf of the United States, thank you for your partnership and we look forward to continued collaboration.