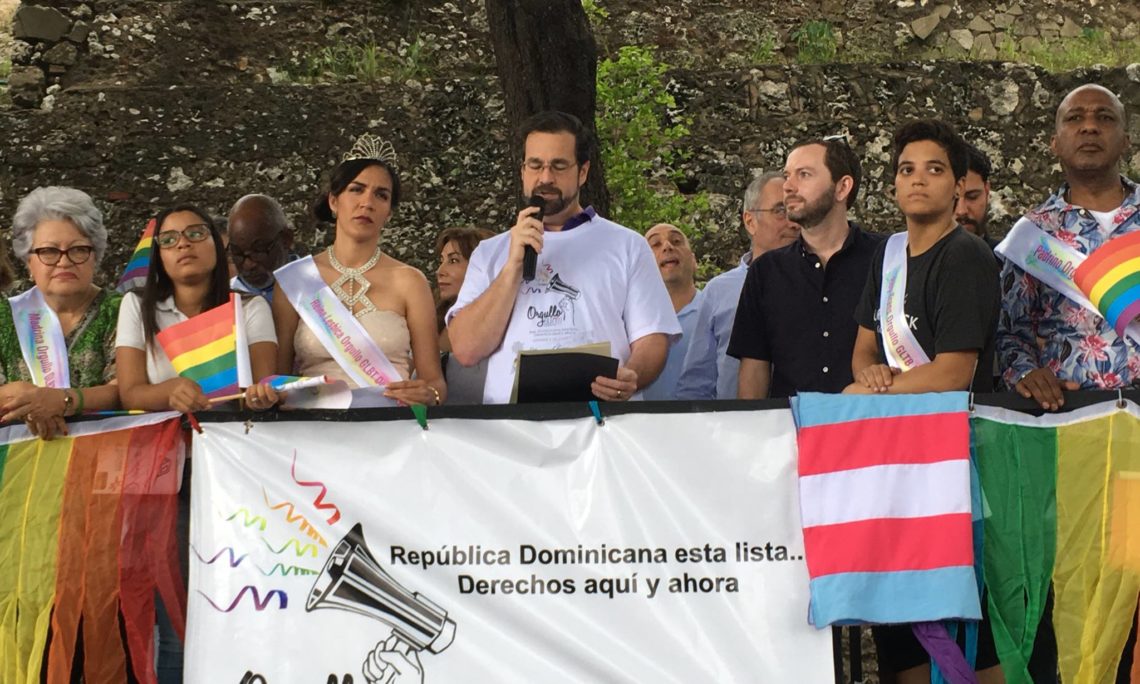 Gracias Deivis, for that kind introduction.

Representatives from foreign missions, Ladies and Gentelmen, Good Afternoon.  To the Lesbian, Gay, Bisexual, Transgender, and Intersex Community and its allies: Happy Pride!  Thank you to the organizers, Amigos Siempre Amigos, and the Dominican government for your support for this 10th Pride event in Santo Domingo.

Our societies have made great progress through the years in attaining greater respect, dignity, and civil rights for everyone.  We have worked to combat discrimination through education, understanding, and protection under the law.  As Secretary of State Rex Tillerson stated, “the Department of State affirms its solidarity with the human rights defenders and civil society organizations working around the world to uphold the fundamental freedoms of LGBTI persons to live with dignity and freedom.”

Ivanka Trump shared on June first, “I am proud to support my LGBTQ friends and the LGBTQ Americans who have made immense contributions to our society and economy.”

Indeed the LGBTI community deserves recognition for its contribution to a more diverse, more open, and more prosperous society.  And yet events around the world continue to remind us that hate and discrimination still exist, and we still have much work to do.

For example, this past June 12 marked the one year anniversary since the horrific attack at Pulse nightclub in Orlando which took the lives of 49 people, most of them young, most of them from the LGBTI community, and many Latinos.

Such brutality shocked the world and devastated families not only in the United States, but also families here in the Dominican Republic.

In the aftermath of the attack, hundreds of you gathered by candlelight at a vigil in Duarte Park as our former Ambassador Wally Brewster and his husband Bob read every single name of each victim aloud.  Your sadness was palpable.  Your tears were silent, but your voices were loud.  You chanted and sang as a group, showing that fear has not inhibited you.  You stood together that day, and we stand with you today.

We should remember those we lost that day, in what was the worst terror attack on American soil since 9/11.  This was not only an attack on the LGBTI Community, the Latino community, but also our global community.

But today, we are not here to mourn, or to hide in fear.  We gather not in the glow of candlelight, but in the bright light of day.

I am so encouraged to see this crowd today.  Know that we are standing alongside you, Here and Now, and that we stand united:

in support of the LGBTI community.

in celebration of the LGBTI Community,

in the fight for a better future for us all.

We are proud to stand with you.  Be proud today, and every day.  Thank you.