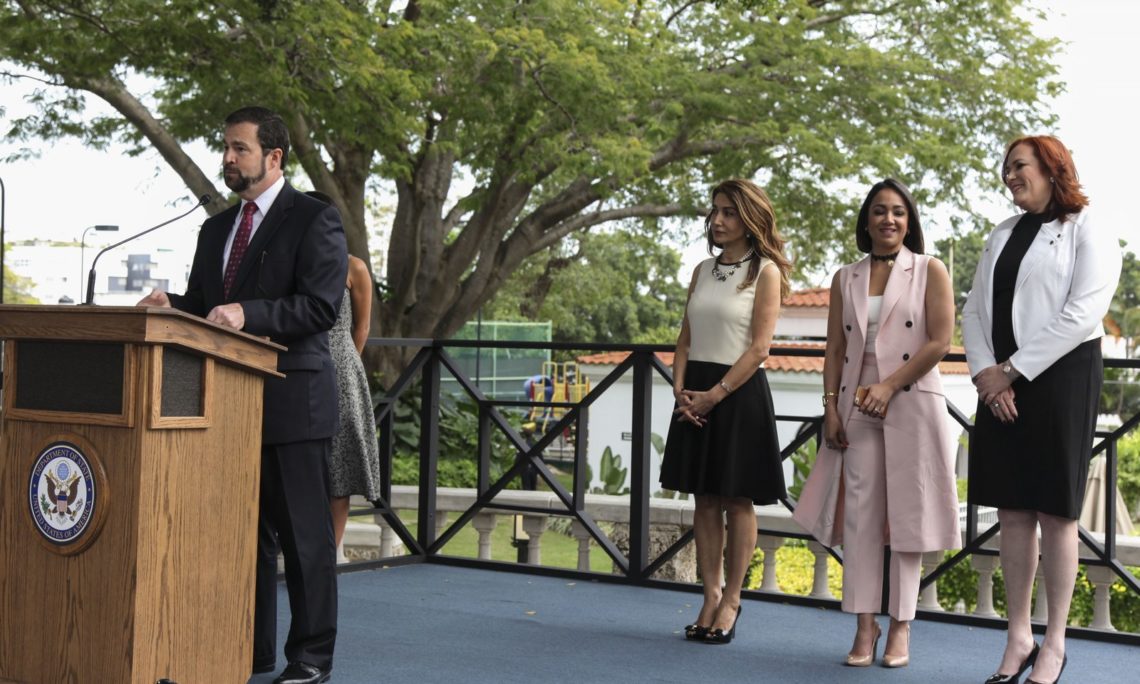 Good evening.  What a wonderful attendance.  Standing here, I see so many great leaders and I am honored that you’ve chosen to join us tonight in recognition of International Women’s Day.

“Be Bold for Change” is the International Women’s Day call to action this year. Last year we were asked to commit to gender parity. We know from study after study that gender parity, and its multiplier effects, results in stronger economies, healthier populations, higher rates of education and greater participation in public life – particularly in politics. However, the World Economic Forum predicts the gender gap -if we keep the same pace of change- won’t close for at least 169 years. That is unacceptable!

Thus, we’re called to action, to be bold for change to assure that gender parity is not just a goal, is not just a statistic, but a reality. I look around this room and I see leaders who are educators, activists, physicians, journalists, writers, business owners, and elected officials. You are stewards of your communities, and as such, stewards of the Dominican Republic. Every man, woman and child in this beautiful country who aspires to live in a safe, healthy, democratic, and prosperous Dominican Republic should have the opportunity to do so. Your examples lead the way, your actions make a difference, your actions change lives.

One person whom represents the new generation and has exemplified such leadership is Faride Raful Soriano.  Many of you have known Faride for years, perhaps since childhood. You may know her as an accomplished professional. She is a lawyer, with a master’s degree in telecommunications and information technology law, a post-graduate degree in information law and a specialty in intellectual property rights and copyright. You may know her as a person with strong opinions. She hosts, and has hosted, several news and commentary shows on radio and television, where she insists upon speaking truth to power and advocating for democracy, good governance, and human rights. You may know her as a wife, and a mother.  You may also know her as a daughter to another well-known politician and lawmaker, though she has swiftly earned her own reputation as a congressional deputy in the Dominican Republic. In all aspects of her life, she has been brave and bold as an advocate for Dominican social change.

We recall with pride that this is why the U.S. Embassy nominated her in 2011 to the Department of State’s prestigious International Visitor Leadership Program on women’s leadership and political participation.

I am delighted that Faride Raful Soriano, deputy, lawyer, commentator, wife, mother, daughter of Tony and Grey; and friend to many, has accepted our invitation to speak today in honor of International Women’s Day.

To Ms. Raful Soriano and the rest of the valuable group of people joining us, thank you for being here today.