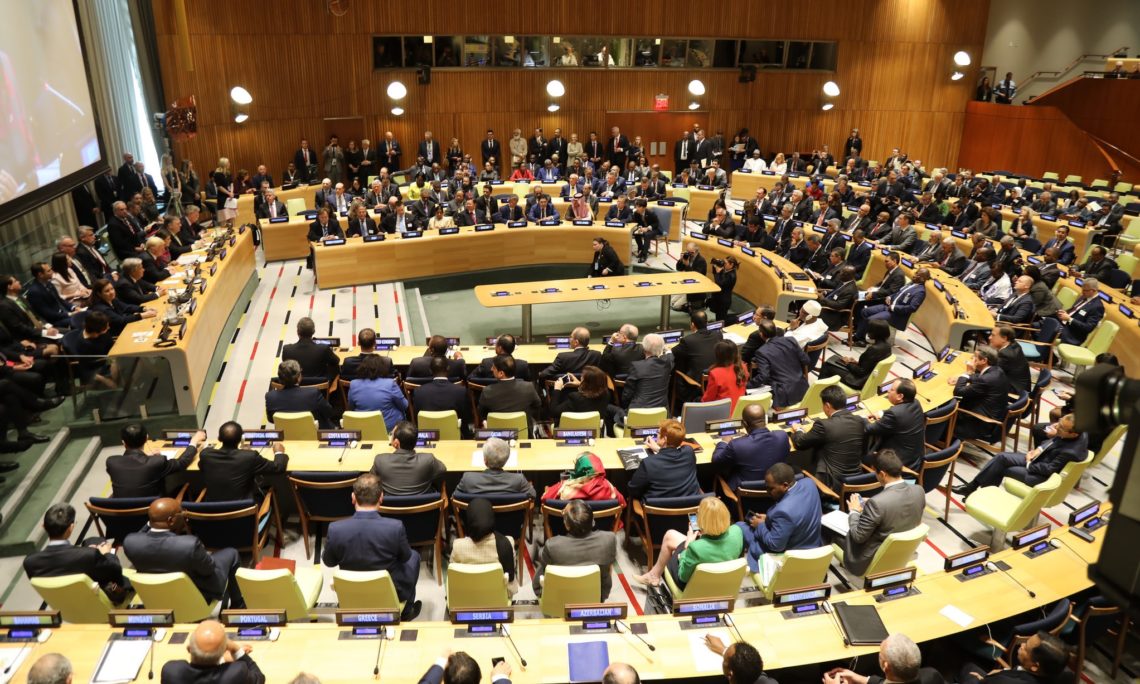 THE PRESIDENT:  Thank you all for being here this morning. It is a great honor to address you on an issue that affects every nation across the globe: the world drug problem.  And a big problem it is.

The scourge of drug addiction continues to claim too many lives in the United States and in nations around the world. Today, we commit to fighting the drug epidemic together.

I want to express my deep gratitude to Ambassador Haley for her outstanding leadership in counter-narcotics at the United Nations, along with the dedicated work of our great Secretary of State, Mike Pompeo, who’s done an absolutely fantastic job, and Ambassador John Bolton.  Thank you very much.

We also thank the Secretary-General for joining us at our special guest — and as our special guest.  He’s become a great friend, and he’s doing a wonderful job at a very, very complex situation, but a beautiful situation.  And I’ve always said the United Nations has tremendous potential, and that potential is being met.  Slowly but surely, it’s being met.

We are likewise grateful to our 31 co-host countries.  Each of you is taking critical steps to combat the global drug problem.

As the 2018 World Drug Report highlights, cocaine and opium production have hit record highs — incredibly — and global deaths caused by drug use have increased by 60 percent from the year 2000 to 2015.  So, in 15 years, it gone up 60 percent, which is absolutely terrible.

As we know, illicit drugs are linked to organized crime, illegal financial flows, corruption, and terrorism.  It’s vital for public health and national security that we fight drug addiction and stop all forms of trafficking and smuggling that provide the financial lifeblood for vicious transnational cartels.

We look forward to partnering with his new administration to eradicate coca production in his country.  All of us must work together to dismantle drug production and defeat drug addiction.

For this reason, last month, the United States announced a “Global Call to Action on the World Drug Problem.”  The call is simple: reduce drug demand; cut off the supply of illicit drugs; expand treatment; and strengthen international cooperation.  If we take these steps together, we can save the lives of countless people in all corners of the world.  And when I say countless, I’m talking about millions and millions of people.

I’m thrilled that every country in the room today has agreed to answer our call, and I want to thank each and every one of you for your commitment to this important initiative.

The United States looks forward to working with you to strengthen our communities, protect our families, and deliver a drug-free future for all of our children.

Thank you very much.  And thank you for being here.  We appreciate it.  Thank you.  (Applause.)