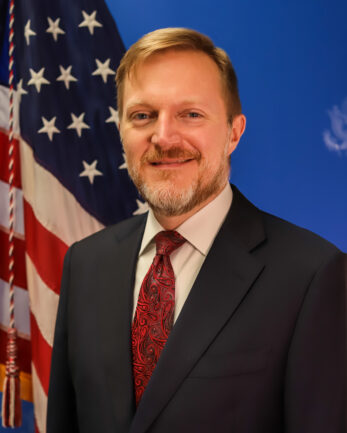 A career Senior Foreign Service Officer, Mr. Thomas has also served assignments abroad in Mexico, Côte d’Ivoire, Canada (twice), and Mauritania.  His domestic service includes multiple assignments in the Department of State’s Bureau of Consular Affairs and Executive Secretariat.  He was also deployed as part of the Department’s crisis response team in Haiti following the 2010 earthquake.

He completed his bachelor’s degrees in comparative religion and political science at Emory & Henry College, a small liberal-arts university in the Appalachian Mountains of southwestern Virginia.  He speaks French and Spanish.  He is accompanied at post by his husband, Mr. Juan Garcia.