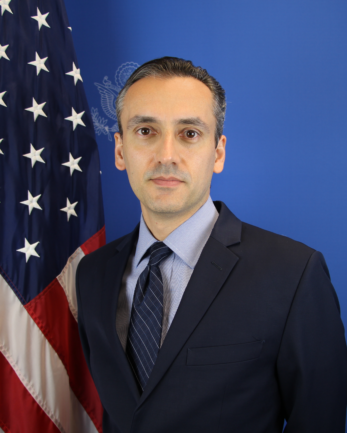 Alexander Titolo is currently serving as Deputy Chief of Mission at the United States Embassy in Santo Domingo.  His career with the Department of State began over twenty years ago when he served his first tour as a vice consul in Santo Domingo.  Following that assignment, he served overseas as a political officer in Lithuania and as a public affairs officer in Montenegro and Vietnam.  In Washington, Alexander served as a Senior Advisor in the Bureau of International Information Programs, and as an Office Director in the Global Engagement Center, in both positions designing platforms and policies for the conduct of public diplomacy.  He completed a B.A. in International Service at American University in Washington, DC and a MS in National Security Studies at the National War College.