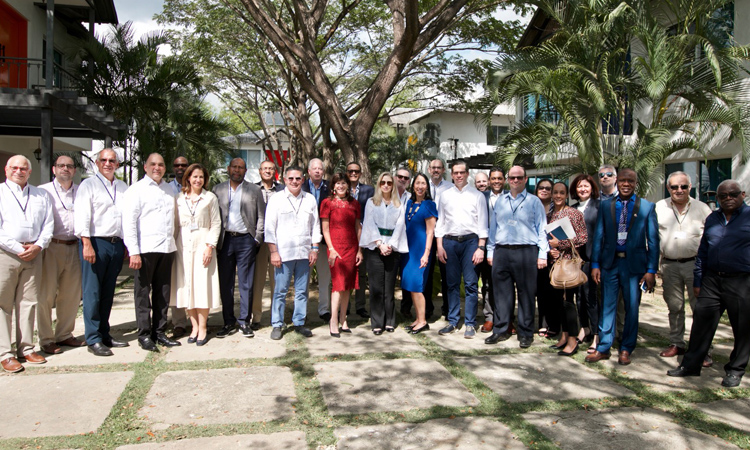 On February 5, 2020, representatives of private sector organizations and government officials from Haiti and the Dominican Republic met at the CODEVI industrial park along the border to further discussions on developing a more secure and prosperous border for both nations.

This was the third such meeting convened by the U. S. government in the past eight months and included the participation of both U.S. Ambassadors and staff and State Department officials.  Representatives from both countries’ Customs agencies, the Haitian National Police, and CESFRONT also actively participated in the meeting.

The discussion focused on best practices for the private sector to increase transparency and to formalize cross-border trade, and on improving coordination between customs and security officials from both countries.  This initiative is part of broader efforts to increase formal trade and security along the Dominican Republic-Haiti border.  The group committed to continue efforts to transform the shared border into an engine for economic prosperity for the region.