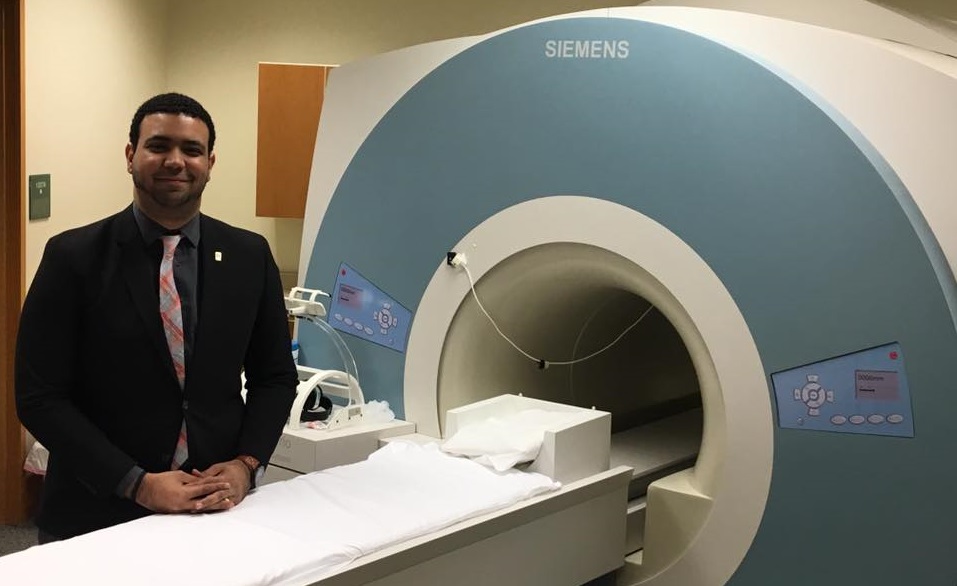 Richard Oliver Bido-Medina, an alumnus of the Fulbright-MESCYT program, received the Illinois International Graduate Achievement Award, which recognizes an University of Illinois graduate student whose international research or public service abroad has had the greatest impact on the university, larger community or internationally.

Richard, a medical doctor, is a graduate of the Autonomous University of Santo Domingo (UASD) and recently finished a Ph.D. in the Neuroscience Program of the University of Illinois, after receiving a Fulbright-MESCYT scholarship in 2013. During his studies, Richard contributed to the field of medicine in his country, forming alliances with medical institutions to carry out investigations, helping make neuroscience education accessible for Dominican physicians, speaking in conferences on neurology and psychiatry, and organizing workshops for resident doctors.

With support from the University of Illinois, Richard has coordinated several investigations, including neuroimaging studies carried out with Dominican hospitals CEDIMAT and Salvador B. Gautier, a collaborative project that involves psychiatric populations suffering from Major Depressive Disorder and Anxiety in the Dominican Republic, and a project about early rehabilitation in patients with stroke.

Richard’s achievements also include the field of international relations. In 2013, he was selected as a Dominican Republic Youth Delegate to the United Nations General Assembly in New York, and he has been an active member of the United Nations Association of the Dominican Republic (UNA-DR) since 2012, participating in conferences directed to promote the work of the UN among students.

As a Fulbright-MESCYT alumnus, Richard is an example of the great contributions young people can make to society when they have access to academic and professional development opportunities.