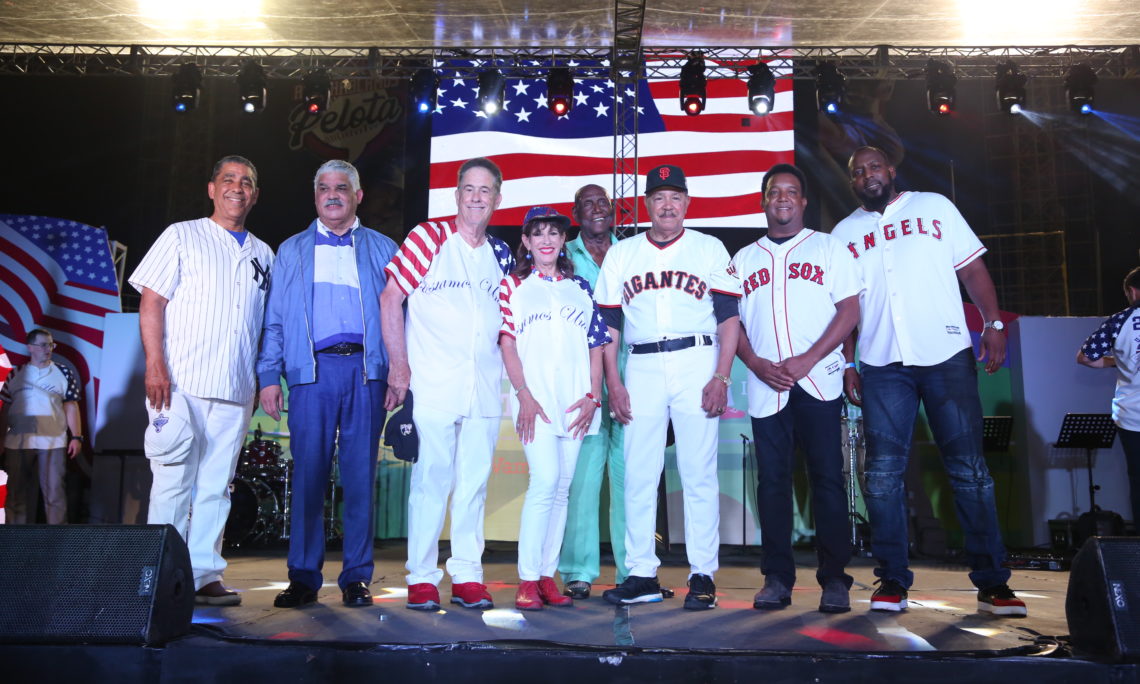 The event began with the presentation of the color guard made by the Marine Corps of the Embassy, ​​followed by the national anthems of both countries. During her welcoming remarks, Ambassador Robin Bernstein acknowledged these three baseball legends and visibly moved said that: “they have not only demonstrated that they are among the greatest who have played the sport, but that they positively and proudly represent the Dominican Republic to this day. Their personalities full of generosity and their humble spirits never cease to amaze me. ”

During the reception, there was a photo exhibition of the Cooperstown Hall of Fame, which highlights the contributions of Latino players to Major League baseball, curated and coordinated by the cultural center Centro Leon. The entertainment portion of the evening was done by Dominican artist Gabriel with his orchestra and the dance group Da Republik, who stood out when participating in the American television program America’s Got Talent. At the end of the night, the guests enjoyed the traditional fireworks display.

The activity was attended by Dominican government, political and business leaders, as well as players, executives and various representatives of Major League Baseball and the Professional Baseball League of the Dominican Republic (LIDOM) and their teams.

July 4, 1776 marks the date on which the founding fathers signed the Declaration of Independence. Since then, the date is commemorated as the Independence Day of the United States. Every year Americans enjoy fireworks, concerts and other festive activities. This date symbolizes the progress and constant change in American culture. The Erie Canal, the Washington Monument, the railways of Baltimore and Ohio (the first public works built in the country), all are constructions that started on a fourth of July.