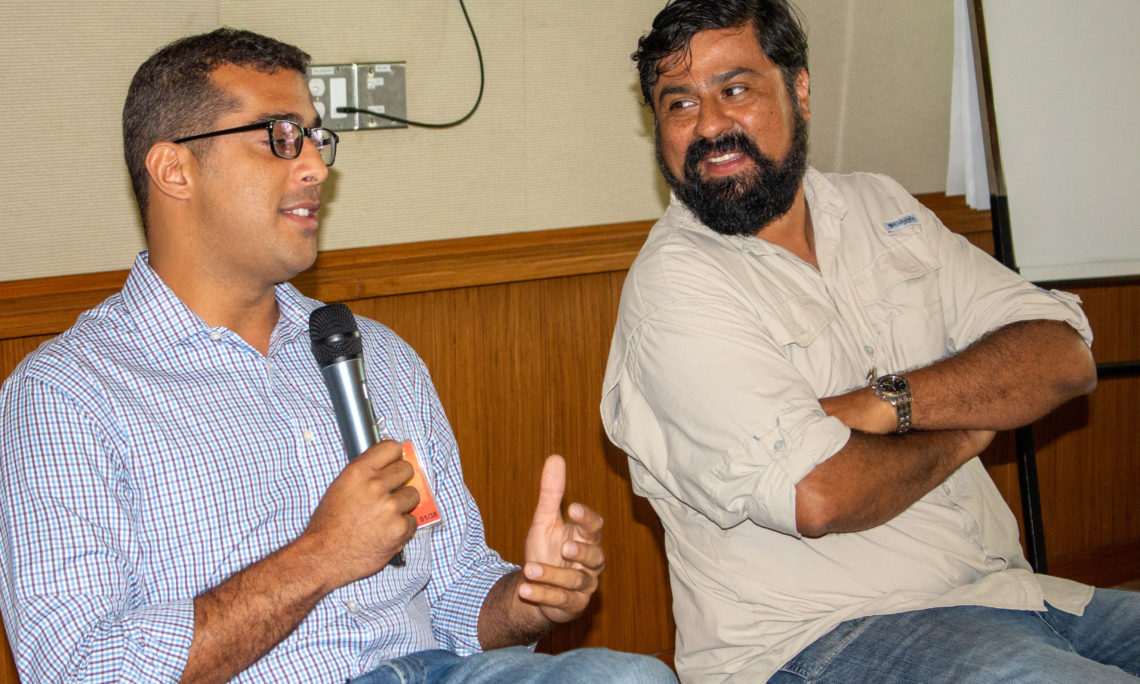 The U.S. Embassy in Santo Domingo hosted short environmental film Director/Journalist Marvin Del Cid and Marine Biologist Omar Shamir Reynoso to screen and discuss their documentary, “Cacu: Un Cambio por la Vida” (Cacu: A change for life in English). Del Cid and Reynoso were invited by the Agriculture and Environment Office of the United States Agency for International Development (USAID) to raise awareness among local staff about local conservation issues. The movie showing was a commemoration of special environment days that were celebrated in the month of June 2019 including World Marine Turtle Day, World Ocean Day, World Environment Day among others.

The documentary revealed the precarious status of sea turtles attempting to nest on Santo Domingo’s Malecon and addressed important questions about the future of conservation in the country.

“Cacu: Un Cambio por la Vida” explores the tension between the human need to make a living and the value of protecting the environment. The documentary follows Reynoso as he works with five Santo Domingo fishermen to protect turtle nests in Santo Domingo’s Manresa neighbourhood. According to Reynoso, despite coming from an impoverished community, the men took risks to convert from “predators to conservationists”. Reynoso hopes that the success of the program can serve as a role model for conservation efforts globally.

While the U.S. Embassy is not directly tied to the documentary, the theme of providing alternative livelihood opportunities is a key component of USAID’s biodiversity protection strategy. Alternative livelihoods help reduce threats to marine life while continuing to provide for Dominicans who rely on the sea to make a living. Additionally, USAID’s biodiversity protection program aims to support sustainable fisheries, bolster local monitoring capacity, and promote effective governance of marine protected areas.