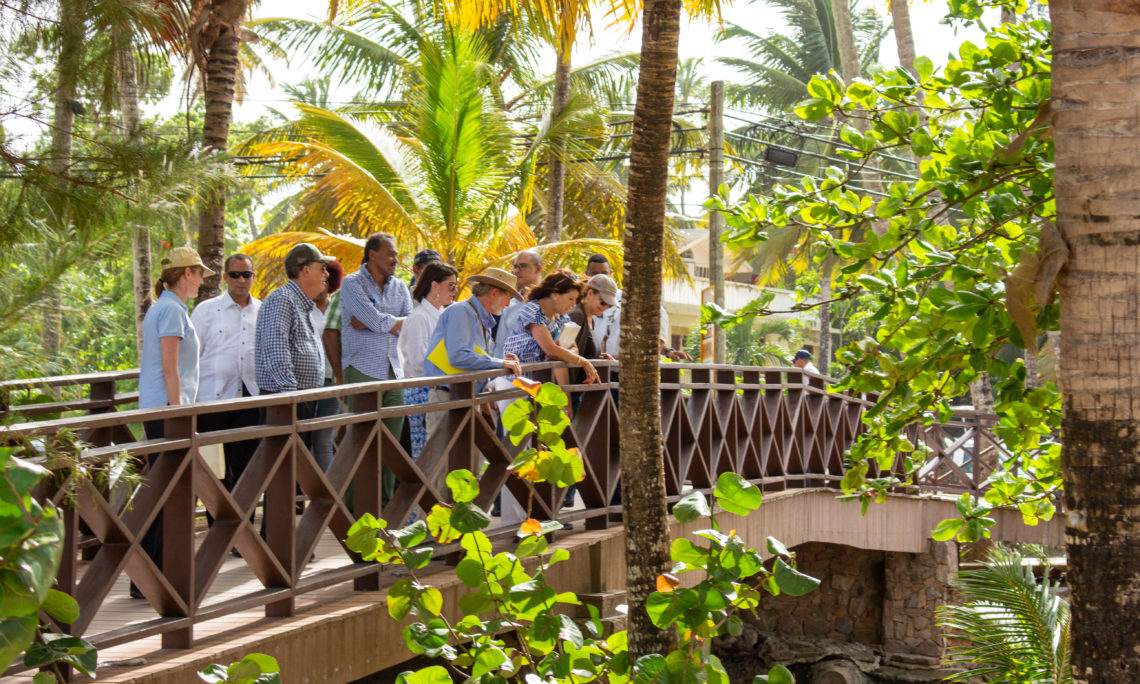 Las Terrenas, Samana – United States Ambassador Robin S. Bernstein, visited several locations in the town of Las Terrenas, to monitor projects being undertaken in the area by the United States Government, through the Agency for International Development (USAID).

The Ambassador met with Las Terrenas Mayor Alex García, with whom she discussed the work that USAID has carried out with the support of the City Council, and with representatives of the Las Terrenas Tourist Cluster and a group from the American community in the area, with whom she spoke on issues of importance to the region. Likewise, Ambassador Bernstein and Mayor García inaugurated an aqueduct that will benefit 500 families in the community of El Naranjito.

On her way through the town of El Jamito, Ambassador Bernstein had the opportunity to talk with a group of women leaders from the community about the benefits for the family of having clean water. The support of USAID in El Jamito has focused on the construction of ten wastewater systems that benefit more than 25 families, an aqueduct by gravity and a well with pumping by solar energy that benefits 120 families.

The Ambassador also visited the community of Caño Seco where she was able to observe the contamination of the river and the operation of one of the 16 wastewater treatment systems built with USAID funds, which benefit 48 families.

In addition to the construction of wastewater treatment systems in the communities of El Jamito and Caño Seco, the United States Government’s  work in Las Terrenas includes: